About Free and Accepted Masonry

Our values
Our Mission is guided by the enduring and relevant tenets of our fraternity--Brotherly Love, Relief, and Truth--and our core values, which include:

Ethics
Our lives are based on honor and integrity, and we believe that honesty, compassion, trust, and knowledge are important.

Tolerance
The fraternity values religious, ethnic, cultural, social, and educational differences. We respect the opinions of others and strive to improve and develop as human beings.

Philanthropy
We make a difference in our communities through charitable giving, community service, and volunteerism. From its earliest days, Freemasonry has been concerned with the care of orphans, the sick and the aged. Today charitable work has expanded to include the whole community and in addition large sums are given to national and local charities.

Family
We strive to be better spouses, parents, and family members and are committed to protecting the well being of members and their families, especially when they are in need.

Freedom
Masons value the liberties outlined in the U.S. Constitution and continually promote freedom of speech and expression, freedom to worship a Supreme Being in an individual way, and other important liberties. We believe it is our duty to vote in public elections and to exercise all of our liberties within due and proper bounds.

... and now to correct some misconceptions: *** Courtesy of Grand Lodge of Scotland ***

Freemasonry is a society of men concerned with moral and spiritual values. Its members are taught its precepts by a series of ritual dramas, which follow ancient forms, and use stonemasons' customs and tools as allegorical guides.

The Essential Qualification for Membership

Freemasonry is not a religion, nor is it a substitute for religion. The one essential qualification means that Freemasonry is open to men of many religions and it expects and encourages them to continue to follow their own faith. It is not permitted for Freemasons to discuss these subjects at Masonic meetings. 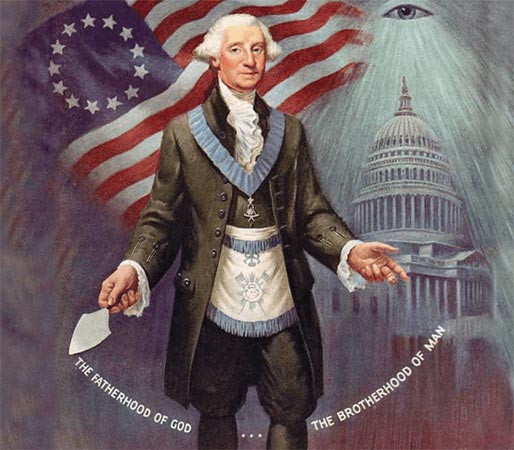 For many years Freemasons have followed three great principles: Brotherly Love - Every true Freemason will show tolerance and respect for the opinions of others and behave with kindness and understanding to his fellow creatures. Relief - Freemasons are taught to practice charity and to care, not only for their own, but also for the community as a whole, both by charitable giving, and by voluntary efforts and works as individuals. Truth - Freemasons strive for truth, requiring high moral standards and aiming to achieve them in their own lives. Freemasons believe that these principles represent a way of achieving higher standards in all walks of life.

Freemasonry demands from its members a respect for the law of the country in which a man works and lives. Its principles do not in any way conflict with its members' duties as citizens, but should strengthen them in fulfilling their public and private responsibilities. The use by a Freemason of his membership to promote his own or anyone else's business, professional or personal interests is condemned, and is contrary to the conditions on which he sought admission to Freemasonry. His duty as a citizen must always prevail over any obligation to other Freemasons, and any attempt to shield a Freemason who as acted dishonorably or unlawfully is contrary to this prime duty and the teachings of Freemasonry itself.

The secrets of Freemasonry are concerned with its traditional modes of recognition. It is not a secret society, since all members are free to acknowledge their membership and will do so in response to enquiries for respectable reasons. Its constitutions and rules are available to the public. There is no secret about any of its aims and principles. Like many other societies, it regards some of its internal affairs as private matters for its members.

Freemasonry is non-political, and the discussion of politics at Masonic meetings is forbidden.

A Freemason is encouraged to do his duty first to God through his faith and religious practice; and then, without detriment to his family and those dependent on him, to his neighbor through charity and service. None of these ideas is exclusively Masonic, but all should be universally acceptable. Freemasons are expected to follow them